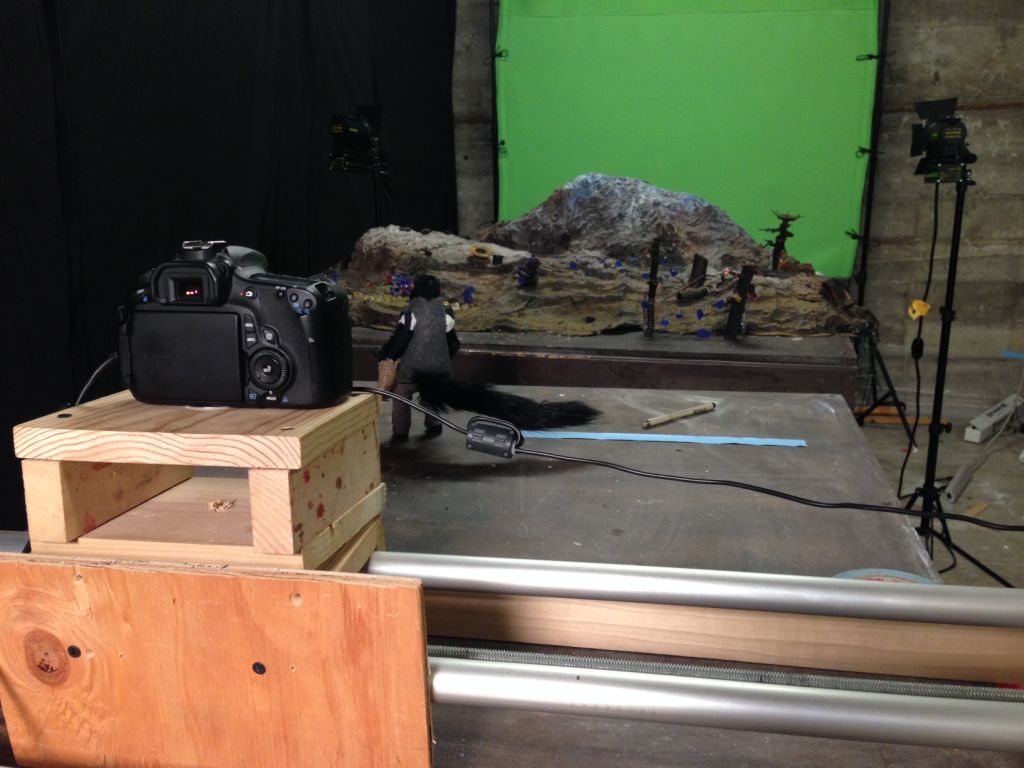 It was in the post-election darkness at the end of November when my stop motion animation residency for Our Future Ends in CounterPulse’s Project Space began. I was delighted to be in a windowless unfinished basement with lemur puppets. My production goals were overly ambitious for the two months ahead, but a studio space in San Francisco was a rare unprecedented dream so I shot for the moon.

Our Future Ends is a sad yet hopeful satire that connects threats of extinction to wildlife and wild life through fabulously choreographed final numbers. After watching lemurs on the brink of extinction in the documentary The Loneliest Animals and learning more about them, parallels danced in my mind. I have spent years creating this multidisciplinary work and there were 15 pages of animation left to shoot for the project when I received a Creative Work Fund grant with CounterPulse as my creative partner. This was the first of three residences that will build towards the project’s premiere in October. The puppets were ready, the dialogue was recorded and edited and after the first scene, the remaining sets were constructed as I went. November quickly became December, Standing Rock, the fire at Ghost Ship and lots of crying in public. Stop motion meant long hours alone in the dark. For me animation enacts a conversation between life and death. Inspired by CA Conrad’s rituals, I opened and closed my daily work in the basement of 80 Turk Street with my own rituals cobbled together using rocks and crystals from the sets. This was how I grieved and worked. I heard the voices of my actors as I animated their characters and they inspired me to keep going. It was all so meta and horrific.

The first scene that I animated was the intake room at an experimental lemur rehabilitation center run by two sifaka lemurs (X and Zelda) voiced by Xandra Ibarra and Zackary Drucker. Brontez Purnell plays Seymour, a blue-eyed black lemur trying to make sense of things. The costumes were designed by Margaret Bolton Grace. I will be showing the work in progress of this scene along with other animation at Radar Superstar June 1st at 6pm at the SF Public Library.

Clement Hil Goldberg is a multidisciplinary artist primarily working in film, sculpture and animation to create a fabulous extinction aesthetic. Our Future Ends will premiere at CounterPulse Oct 12-14, 19-21. All photos by the artist.