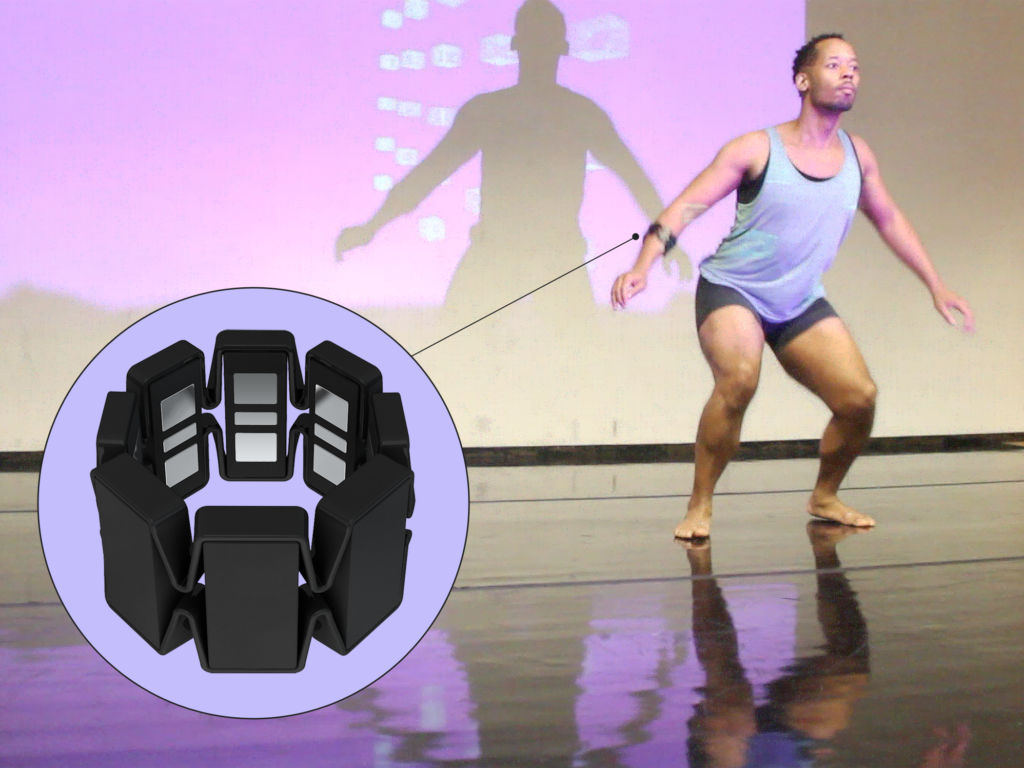 TecTonic Shifts is a performance piece exploring psychosocial symptoms in cities interacting with technology and vice versa, an especially pronounced relationship in the San Francisco Bay Area, where urban form and social migration is constantly shifting.

In unpacking how displacement can be exacerbated by tech, TecTonic Shifts processes a number of themes including the criminalization of houselessness, redlining of African American neighborhoods and the destabilizing impacts of technological encroachment.

An early prompt applied to the work’s development has been “when technology tracks movement in virtual spaces and controls movement in physical spaces, feedback loops intensify.” Location-based services (LBS) are the functional underpinnings for numerous mobile apps, using real-time geo-data to suggest options for where we might go and which way we take to get there. Devices that offer the semblance of choice, informing how people might move through a city, can themselves influence choice through algorithmic rankings. This has been referred to by some as a ‘filter bubble,’ applying machine learning to combine factors such as location, click-behavior and search history filtering the options available to the user.

Simultaneously, as the maps underlying LBS dynamically change, so too does the areas represented with tangible determinants of movement on-the-ground being rent increases, the gentrification of neighborhood services and amenities, racial profiling, increased surveillance and policing.

As part of prototyping technologies for use in TecTonic Shifts, such feedback loops were tested using a pair of sensor-based wearables, open sound control and some C++ programming.

An example of this hardware is the Myo armband, a wireless gesture control bracelet with built-in electromyographic sensors. When worn on the forearms, the armband picks up electrical activation, which can be calibrated for an individual dancer and programmed so that specific arm or hand gestures correspond to some output.

We recorded an audio bank of sound clips taken from interviews conducted with high school students from Bayview-Hunter’s Point speaking about their relationship to technology, social media and urban development.

One of the choreographed sequences involves dancers moving in a restricted fashion triggering a repeating soundbite, almost as if confined to the same narratives, using the Myo armbands. Quick shaking of the hands created a delayed loop which interspersed with the music created a rhythmic anchor for the dancers; the movement now triggered by the sound, rather than the inverse. The audio bank will continue to be developed, including interviews with service providers in the Tenderloin.

One of the other thematic elements being explored in TS is the virtualized city, a distorted representation of the individualized curation of virtual self typically seen on social media.

While a city can’t necessarily have a singular online persona, how is its online representation being curated, and which characteristics are being reproduced by the curators of such online tools? How do colonial legacies and racist policies of urban development get tacitly subsumed as part of the creation and dissemination of these technologies? How are questions of access, not just to the technology but by the technology, influence its use and—in the case of social media platforms—drive its content?

A sequence under development for the production immerses the audience in a visual space where the dancer appears to move through a simulated avatar of the city. Original testing of this method used infrared sensors and depth mapping to create an luminous mesh animation of the dancer, mimicking the movements in real-time.