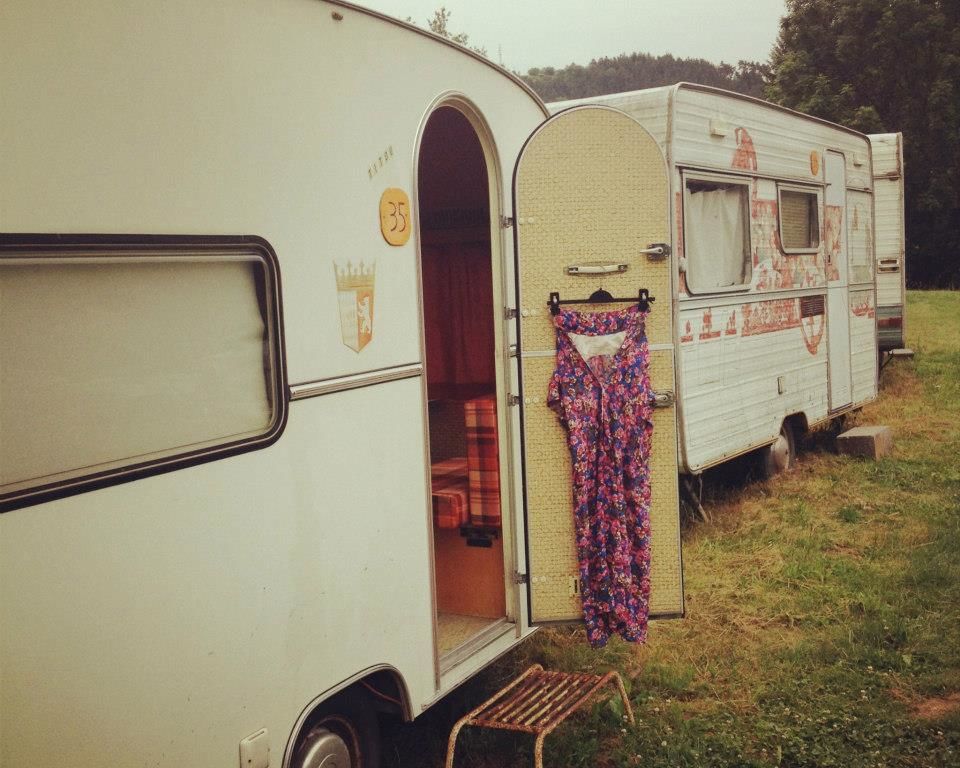 I don’t actually remember the first time that I met Julie, but I do have a picture in my head of sitting at my desk at the old CounterPulse, at 1310 Mission, and looking to my left and seeing her working at a desk that we rented out to Jess Curtis at the time for his admin work to happen… which was being carried out by Julie. It was probably late 2008. Soon after, I was casting a new group work, and even though I had never seen Julie perform—and maybe didn’t even know if she was a performer—I remember being sure that I needed her inside the work, even more than any of the other now-local-performer-legends who also ended up in it (Maryam Farnaz Rostami, Charles Slender, Shawnrey Notto, and Jorge De Hoyos, and yes I said legends). In the work, she did a lot of things that blew the collective mind, but the thing I most remember was the way she washed the red paint/shame off of Jorge’s body in that silver basin of water. She recited her total facts known without affect, but simply with the practicality of someone at work. She comfortably took Jorge’s hands, feet, and penis in her nurturing hands, and got the job done, but with a steadiness and even a shine that took your breath away. She was/is strong, focused, makes you wanna do what she imagines should be done. Julie.

Fast forward to Julie’s old apartment on Sanchez street on the night of our cast party for that notorious group work. We felt incredible. Things were going well and we were all full of possibility and also drunk. At some point in the night, she and I ended up in her bedroom, behind a closed door, and we sloshed feelings and analyses of the moment we were all in, all over the walls. I cannot remember the things that she actually said, but I remember watching her talk and listening to not just the words, but the tide of her otherworldly self-awareness tumbling in and out of her face, as she essentially told me who she is in this world. Basically, we were explaining to each other where we saw ourselves in the larger web of our lives, and I had never met someone who could dive so much deeper than me, collect more details from the bottom, and bring them up and make something just damn impressive out of them. I was like: oh, she’s actually THAT smart and whole. Fuck. Toured the world together. Two marriages. Still here. Housemates now.

Late 2009: Mica found me. I was aware of him because Vivvy was emerging, mostly at Charlie Horse at the Cinch, and a friend of mine thought he was the bees knees: just a really sweet person and hungry and smart, you know. That group work happened in 2009 that I was talking about earlier, and he saw it and felt a thing. He got my email from someone and emailed me to see if I would meet him to talk about it. We met in a park on Folsom and 6th. We sat on these big rocks and talked about our ideas and all the things we wanted to do and make in San Francisco and beyond, and also we must have kissed. Maybe not that first meeting, but very soon thereafter, because soon, I was picking him up from drag gigs, sleeping over in the Warehome, and hitting nightlife at his side. We wanted each other, and for different reasons I think, but we consumed each other like we were each some new food that we believed would make us live longer, smarter, more brilliantly.

I remember that on his birthday he was crazy sick with a full-on flu and not really getting out of bed, and even though we had been dating for no more than 3 weeks, I stayed with him, had sex with him, slept next to him, and talked and talked and talked and talked…when he wasn’t passed out from illness. I was—and am—always watching him kinda from off on the side, trying to keep track of his systems of moving through the world, knowing things and people, and trying to give them just what they want. He used to listen closely to me, even when it didn’t seem like he was. He also would make hamburgers with peanut butter in them because that was like…a no carb situation and THAT was what was happening. He wrote me a few poems. I always said that we had a kind of mommy-boy sexual dynamic, and I liked it. Now, I’d say we see each other.

It took me a while to get into Ruairi. He’s about six or seven years younger than me, and I met him at a time when that mattered. He was going to be seen and heard, and I met him at a time (and in a context) when that also mattered, and not in a way that warmed me to him. As much as I fancy myself as culturally flexible and thus a graceful international traveller, I get unattractively judgmental about young white European artists. Ruairi seemed to know what he wanted from Turbulence immediately, and he went after it, and before long, he had somehow been pruned from a group of about 30 people that we had a drive-by collaboration with in Vienna in 2011, and become a core member of the project, joining us on the road for the past 6 and a half years. Initially, I saw him as boy-crazy and artistically “clever”, among things, slyly working every scene we entered, and I was just too weird and feminist and insecure to want what he was serving.

But time happened, and we ended up in so many places and situations, and eventually there was enough cumulative life lived where it was just he and I, and he became my brother. I remember at one point, we were in Portland around late 2012, on tour, and I saw him after not seeing him for a chunk of months, and I became all water. I had missed him! I walked next to him through Portland, drinking in his personal updates and thoughts. I started to allow myself to want my body to be near his, our brains in tandem. It was just time. Ruairi is one of the darkest, warmest, deepest holes. He is a prince of generosity and presence, and when he stays in my house, I feel like I am with the warmest of family, and I am happy. We co-dream, and I am alive.

I’m usually looking for someone to run—literally—into, really hard; someone to close my eyes across from, to not-breathe with, and to look in the face of and just compose an agreed-upon madness. I have met a very short list of humans in this funny life that meet me on that football field. So naturally, when I met keyon in 2012 in a residency in Portland, and we fell quickly into a habit of telepathically finding a long, insane duet in each iteration of whatever performance we were in together, I knew that I was being given a rare gift. There is a very complex and dense terrain between us, and of course it includes politics and what we don’t have in common and what we cannot understand about each other.

Six years, a dozen countries, and about twenty gigs later, and he still sometimes looks at me like he has no idea who I am. Accordingly, he trains me—always—to not assume a damn thing about him. I know his smell, what he eats, his fashion phases, his nocturnal physical rhythms, his love for peach bubbly water, and what he will not stand for. And… we often stand at a critical distance from one another in the world. He has taught me that this is an act of love. As an artist, the importance of finding a clear and automatic collaborator is a hard thing to explain, because this importance reflects a system of values that frankly just doesn’t make sense to a lot of people, or in many contexts. But keyon is my boom crash twin. We say YES. He’s my teacher. My mystery. The better part of my compositional brain. My smarter heart. He’s one of those “best-self” people for me. You know…

I had a dream once that I would live in a complicated city, in a weird world. I would wander around and sometimes work hard. I would grow older and meet people that I would stick to, and we would create things and sensations and radical memories together. Maybe one of those friends would make a festival, and through that festival, I would get to row a little mind-boat down a river of about ten years of big living, of trotting alongside others, of moments where I get very still and look around and know the goodness. I love this.