Inheriting Earth: What it means to be queer in a violent future 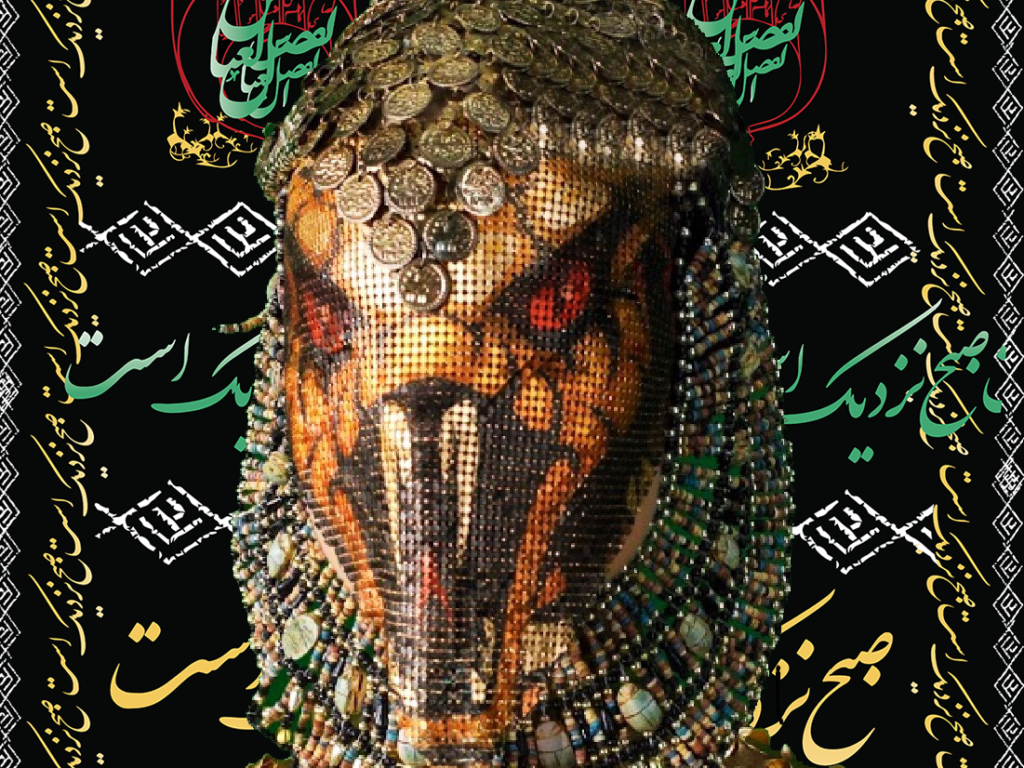 Inheriting Earth: What it means to be queer in a violent future

A little girl’s face stares towards the clouds in a meadow, a place where drones fly as often as the birds. Her face covers a massive portrait printed by a group of artist-activists as part of an installation titled #NotABugSplat.

Since 2004, drone strikes in Pakistan have killed over 3,000 people, including a large number of civilians, 160 of which were children. Drone operators describe deadly casualties as bug splats. Viewing the body through a grainy video projection, the image resembles a crushed insect.

The little girl—whose parents were killed in drone strike in 2010—stares towards drone cameras flying in the sky. She transmits her childlike innocence through the operator’s screen, an attempt to humanize the unblinking mechanics of war, a reminder that she, along with thousands of untargeted victims of Islamophobic violence, is not a bug splat.

Elsewhere, in San Francisco’s historic gay bar, The Stud, drag queen Faluda Islam (Zulfikar Ali-Bhutto) dances in bleak satire of anti-Islamic rhetoric. She is draped with dark tarps configured to morph a cockroach, snake, and anteater. An audio recording details the scientific lives of these creatures. Mating rituals, hunting and eating, dwelling habits. Only the word cockroach is replaced by “Muslim.”

Zulfikar’s work is a response to the Muslim body being one of the most contested spaces in the United States, a sight of both violence and inquiry, in which the killing of brown bodies is metaphorical to an insect. The centuries-old white gaze upon Muslim bodies as creatures, a bug splat.

It doesn’t take a history lesson to conjure images of government propaganda that dehumanizes the enemy as a creature. The attempt to neutralize the populace and normalize violence echoes beyond a millennia of war. In WWII, the Japanese were caricatures of rats; in Nazi Germany, propaganda depicts Jews as evil, rabid giants. Now, the bigoted parallels against Muslim and Middle Eastern bodies are often inconspicuous, and perhaps more insidious.

At The Stud, Zulfikar dances in an imagined queer Muslim future that kaleidoscopes a myriad of fashion, performance, video, sound art, and music, and sound art, to evoke histories of violence on Muslim bodies.

Zulfikar’s work is a grave parody of the way Muslims are viewed as an invasive element in our environment, the idea that Muslims are living in our culture yet despised like vermin. The work is loosely inspired by Xandra Lbarra as La Chica Boom, who used the cockroach as a metaphor for Latinix immigrants.

Zulfikar’s costume was developed between a collaboration between Iranian artist and fashion designer Hushidar Mortezaie during the The Third Muslim exhibition at SOMArts, and later the costume evolved for Contemporary Muslim Fashions exhibition at De Young. “I was wowed by political dimensionality of his fashion design. It wasn’t just a statement on a shirt. The entire wearability coincided with the political nature, the whole design reflected an idea,” Zulfikar explains.

The two collaborated on the bug outfit for the Stud performance, drawing on audio recordings from National Geographic and Animal Planet. “I wanted to create an adaptive vermin that morphs into multiple creatures,” Zulfikar says. “A futurist anti-bug narrative.”

The outfit will be finessed again for Tomorrow We Inherit the Work: The Queer Intifada, which opens Jun 20-22 at CounterPulse. This time, the bug costume is recontextualized as an alien in a futurist world.

In Tomorrow, a global uprising of queer rebel fighters in the Muslim world overthrow colonial powers in a multidisciplinary evening of dance, projection mapping, and harrowing song and video.

The mixed-raced cast (jose e abad, Saba Taj, Arshia Haq, Crystal Mason, Faluda Islam, Hushidar Mortezaie, Anum Awan, MACRO WAVES, Arshia Haq and Yas Ahmed) crafted the artistic vision by asking Who are we eulogizing in a queer future? Who are our heros? What does graffiti look like?

The worlds are manifested by projection mapping that travels through archival motions to set the scene of a drag Middle East in intifada uprising. Videos draw from Islamic Sufi mysticism to create an alien world that takes the audience to an outer space that is non-linear, a place where the past and future collapse. A world of undefined geography to shatter notions of border.

Calls to prayer are digitized, set designs are imagined in a landscape of graffiti in this drag Arab world. Futurist aesthetics are activated by projecting matrix binaries borrowed by Sulfi numerology.

An ambitious performative resistance, characters travel through life and death to echo the harrowing atrocities imposed on Muslims and Arabs. “The work takes you through the joy and mourning of three guerilla fighters in the Islamic world fighting against an imperialist enemy. There is violence and death, this we can’t avoid when talking about Islam,” says Zulfikar.

But Zulfikar is steering away from crafting another woke piece by a person of color artist. Futurist abstractions and queer intifada rebellion aim to leave the work open-ended and elucidate the complexities within the Middle East and sociopolitical engagements with the West. “When we think about violence, about terrorism, about this mass of Muslims from a Western perspective, the complexity of these people is stripped. There is misrepresentation in the media. Hoards of screaming and crying Arabs generalized as a people who hate women, or who hate Americans.”

Tomorrow aims to elucidate nuances in resistance, the pain and trauma resulting from a nonlinear stasis of marginalization and violence.

Though Tomorrow isn’t a direct response from any one event or enemy, performance art is not impervious to the relentless barrage of Islamophobia. The works responds to violence. When Zulfikar, Gabriel Christain, and jose abad first performed Alif is for A(n)als at the 2019 CounterPulse Festival, the showing contained moments of brevity and humor. The second show was just hours after the Christchurch mosque shooting in New Zealand, which took the lives of 51 people, and the work took on a different tone.

“It was just in the air and the work became much darker,” says Zulfikar. “You couldn’t escape it. In the second iteration, we did want the work to be responsive.”

Hereosexual hubris is a phrase Zulfikar coins to describe the arrogance and failure carried by straight men in power. “All of the anti-imperialist movements and uprisings throughout and beyond the Middle East have either failed or their straight leaders were toppled”, Zulfikar explains. “Queer people are also affected by cycles of violence and this performance tries to uplift that.”

So the revolution, then, necessarily needs to be queer. And that’s the future Tomorrow imagines. An Intifada, specifically, to demonstrate solidarity amongst Arabs and to reject the liberal West that sees queer Muslims as pawns to prove their liberal stance while demonizing Muslims.

As a queer movement grows across regions of the Middle East, “The liberal west uses queer Muslims as weapons against our own people,” Zulfikar explains. “They’re ready to take asylum seekers and ready to write articles about savage Muslims and how ‘we need to help the queer people who have western liberal values like us’ I want to push back against that. We are not part of the liberal agenda. We use the word intifada so that western liberalism won’t co-up us just yet.”

Weeks after it’s installation, villagers removed the #NotABugSplat portrait to purpose the fabric for roofing and other projects. Drone casualties have reduced in recent years, though Islamophobic violence continues to surge across the world. The Bay Area art consciousness is ripe with discourse around Muslim and Middle Eastern realities.

It takes a queer uprising then to topple an unrelenting history of oppression. So tomorrow we inherit the earth.

Tomorrow We Inherit The Earth: The Queer Intifada runs Jun 20-22, 2019, at CounterPulse.

Justin Ebrahemi is the Communications Director at CounterPulse