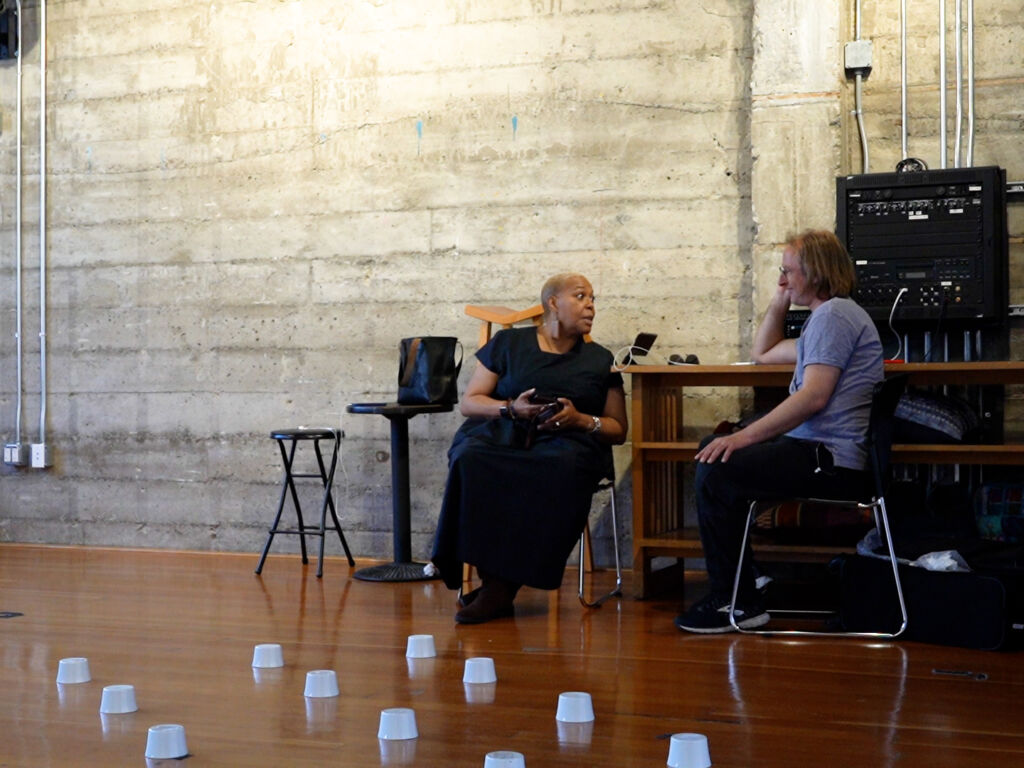 The Artist Talks About His Upcoming Performance of FRE!HEIT with Michelle Jacques

This performance has been postponed until the Fall of 2022.

“I felt I was lacking freedom, but I couldn’t find out what made me feel so unfree,” performance artist and co-founder of Shifts– Art in Movement David Brandstätter tells me about the inspiration behind FRE!HEIT, his evening length work that will have its US premiere as part of the Festival’s Summer Series in June.

It’s 5 p.m. Berlin time, and I speak via transcontinental and Atlantic zoom waves with David about what it means to be free, his creative process and his collaboration with Michelle Jacqueswho will perform alongside him for the San Francisco performances.

The title FRE!HEIT stems from the German word “freiheit,” literally “freedom,” in German. The piece consists of David balancing on white porcelain cups, like those often used for souffles, moving through space along with music and dialogue based on the artist’s personal experiences.

When talking about the inspiration behind FRE!HEIT, David shares that his father passed away after four years in a coma. The artist felt relieved and asked himself what it means to be free. During this critical time, the word, “freedom,” was also becoming repetitive in his daily life.

“For me, it’s a space holder word, it’s a word that takes up a lot of space. Only by defining what it means at each particular time we use it, we can approach it even better,” David spoke about his relationship to the word.

FRE!HEIT welcomes theaudience to come to an understanding with David, and with themselves. “You will hear reflections of mine, based on personal experiences, philosophical content, and contextual material,” says David.

“In a way, I invite the audience for an inner dialogue, going through my research and my discoveries, bits and parts of my life/experiences… it’s much more a process of sharing,” he says.

David also speaks on the showcase in relation to COVID-19, as the performance has not been done since before the pandemic, he contemplates updates. “There has already been a huge prism on freedom, a very different framing of it… people fight for the freedom, for example, to not wear a mask… then again we also have the freedom to be responsible to others,” he says.

When speaking about his upcoming performance David shares this is the third time he will have a guest when he performs FRE!HEIT. In this rendition of the performance, David will be working with musician, director and founder of CHELLE! and Friends, Michelle Jacques. The soulful singer who is also a member of the Governors Board of the Recording Academy, will be composing music to go along with his performance.

“I have 50 minutes, more or less, of text that I send to my collaborators, and they contribute their thoughts on it… we may replace some of my text with theirs,” says David. Michelle currently has David’s script and he’s looking forward to seeing how the music will blend with his performance.

“We have found some places where her songs could fit in,” he explains. Based on the dramaturgy of the text, David says, the idea is to “find moments for these interactions to shine and to see if we can bounce back and forth with all of these ideas that we have.”

Moving forward in the conversation, David shares his favorite responses to his work on FRE!HEIT. Some of the best audience reactions to the performance share sentiments such as “I felt so connected because I had so many similar thoughts,” he says.

“People don’t necessarily have to learn something, but if they can rediscover themselves and therefore feel closer to the world, it makes me feel close to them as well.”