Death Becomes Us: In conversation with Charles Slender-White, Artistic Director of FACT/SF 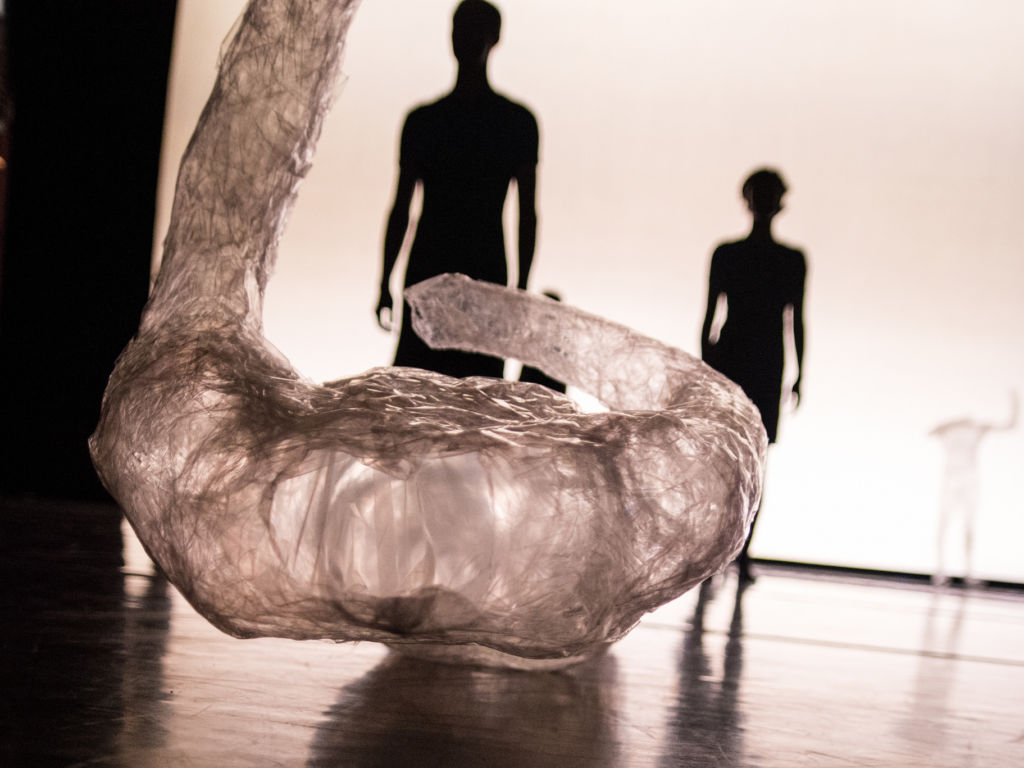 Death Becomes Us: In conversation with Charles Slender-White, Artistic Director of FACT/SF

By Jeanne Pfeffer, Director of Producing & Advancement
Interview on September 7, 2018

I’ve known Charles for over ten years now. I helped him launch his company FACT/SF from 2009-2014 and now serve as President of their Board of Directors. I caught up with Charles recently over a beer to learn about his current work, death, premiering Sept 27 at CounterPulse. A choice selection of that conversation is below.

C: Yes. So, everything in the past is dead in the way that it’s not present. Which is kind of a dumb statement to say. Obviously what’s in the past is not in the present. But, I think with dance in particular we’re always dealing with that ephemerality, that the dance is happening in the very moment that it’s happening and when that moment is gone, it’s died. Things similar to that moment can be brought back, but that exact thing is gone. I think that all of my dances are about death.

J: Yeah? Say more about that.

J: This is going to be revelatory for the readers.

C: [laughter] – in the way that they’re all about life. That all of the works fundamentally are about a human experience, dealing with inner turmoil, dealing with expectations of cooperation or of performance. I used to frame most of the works in this individual versus society way and now I’m realizing when the individual succumbs to the society, it’s like the death of the individual? Death has always been fascinating for me.

J: You like to take on these mega topics. With something like death, what was your entry point into that topic and what became influential in your research?

C: When I’m fully engaged in the act of dancing, time, pain, angst, and mortality all disappear, somehow. Like, dancing is a suspension of reality. I know that’s not what it looks like. But on the inside it feels like this crazy space where anything is possible. And so dance becomes an interesting place in which to explore a lot of different things. You can explore anything, you can do anything. I think dancing is one of the most comprehensive living experiences, it contains your whole body and your whole brain and your whole history and all of your future desires and choices and capacities, all of your heartbreak and all of your joy. Maybe that’s not true for all dancers. But it’s all there for me when I’m dancing, and it’s also the thing that I happen to know how to do. I know how to dance. I know how to make dances. And for me the reason death is an interesting topic to explore through dance is because it’s not just an intellectual study into someone’s experience relative to relief or grief or death or whatever. Death is something that happens to the body. So, how can we use our  bodies, as dancers, to better understand death and begin to also access psychological or emotional truths?

In terms of research, I’m drawn to inconclusive narratives on death. The ones I find most satisfying are the ones that don’t end in a big finish. You know, “and then they were dead, and then they ascended to the heavens”, blah blah blah. I saw Angels in America recently at Berkeley Rep. So much about that play is amazing, and there also felt like some resolute finish at the end…a kumbaya moment that felt anticlimactic to me.

J: To me that cheapens the experience of what death is. The resoluteness on a death scene. Making a fantasy of it, you know? It’s not an authentic feeling because the authentic feeling around death is uncertainty.

C: I think so. It’s a lack of conclusiveness.

J: There’s no way to resolve that, really.

J: You are a dying person though, right now. So, you can speak from that perspective.

C: No you’re right. I am dying. “I’m dying!” Put that in. “Charlie’s dying.” But there is something to be said about the process of grief, and suffering the first acute shock and perhaps that includes all the Kubler-Ross stages- denial, anger, depression, acceptance, etc. But, that state of acceptance they talk about has always felt a bit weird to me because it seems like the consideration is over. If you’ve accepted someone is dead, it therefore means you don’t spend time thinking about them anymore, wishing they hadn’t died?. Maybe it’s just my misunderstanding of what she means by acceptance… My grandmother was talking about how it’s not like anything becomes easier or less painful, you just become better at dealing with it. And I thought that was a really interesting way to frame the accumulation of grief. And mirrors my own experiences. That it’s not that the damage of the tragedy shrinks. It’s that the capacity to hold it grows.

J: How do feelings function in the work for you?

C: I think they’re inextricably linked. I think that the piece has always been more about the leftover part. The remnant part. The remaining part. The artifact part. Than it has been about dying.

C: And also the ephemera. The bodily leftover but also the smells, the memories. You know Cara (DeFabio) did that great piece [After the Tone] a few years ago with all those sad people holding onto the voicemails of dead people. You know. All that shit we leave behind when we die. Not just the trash. The impressions, the tangible and intangible impressions. I don’t know about feelings though. I have a lot of feelings in the dance but I never use feelings to make the dance. I still think I usually approach it technically. Yeah, maybe that’s a problem.

J: I don’t know that it’s a problem. I think it’s interesting. People have a lot of feelings about death and to have an ideas and body based approach as opposed to a feelings based approach.

C: I’m not trying to make my manifesto on grief. I’m trying to make a piece that does have a clear perspective and a clear voice but is also open enough to everyone else because everyone has their own feelings about it. The artistic choices in death are related to my lived experiences but they hopefully are crafted in a way that provide access points for other people to consider hysteria, loneliness, sensitivity, quiet, anger, effort. But, if someone has an apathetic attitude towards death the piece might not make sense to them. It’s probably more accessible for people who have had a somewhat similar relationship to death as me. I’m really curious if a 6 year old saw it, someone who had not experienced acute grief, what would it be for them? Maybe it would just be sad? I don’t imagine there will be a lot of kids in the audience.

You know, I will say this, we’re just a few weeks out, and I still don’t know what we’re making at all…

J: Well what are you working with right now?

C: Just putting stuff next to each other. We have 35 different chunks of materials. Just trying to figure out what the story is. I don’t mean the narrative story, but the emotional story, the energetic story. What’s the point, you know? And because we’re talking about death, which means we’re talking about life, well, I don’t know what the point is.

One of the big questions is: is this an optimistic piece or a pessimistic piece? Do I want to leave the audience bummed out? Is that my perspective on the world? Leave CounterPulse and jump in front of a bus, you’d be better off? Some days that’s my attitude, but it’s not mostly my attitude. But it’s part of it. But, how dance works, there’s a beginning, middle, and end.

J: You could awkwardly cut the lights at some point. House lights come on and everyone’s looking around like, oh, its over?

C: (laughter) House Manager comes in like, “thank you”… Yeah, so I don’t know what the hell we’re making. There’ll be some cool moves.

J: Is that motivating or…?

J: And is it the pressure of the 10 year anniversary at all?

C; I think I’ve set a really high bar for myself. The naming of the project, working on it this long, doing a three week run at CounterPulse, building out the stage, paying the dancers, a lot of resources have gone into the work. It’s overwhelming. I think also because it’s precious for people. I don’t want to screw it up.

J: It’s precious and a bit taboo. We Americans in the West don’t really like to contemplate our mortality that often. I think it’s interesting.

C: I think it’s super interesting. I also feel like I have the capacity to talk about it most of the time without disrupting my perception of self. I’ve noticed for some folks I’ve chatted with, conversations around death and grief, they spin out. And part of that for me is definitely a defense mechanism, and part of it is definitely about not getting too deep into considering what it means.

J: It’s a survival mechanism for me. When you’re confronted with mortality, death. Real death. Hard death. Especially in your formative years. And for you, the first significant instance of your life. It really frames the way that you go about the world. If you live from that point on continuing to be afraid of or intimidated by mortality, I feel like that hurts your chances of living your best life. As opposed to accepting like, yup, that’s what happens, there’s the end of the road. But I’m on it. Let’s just keep going. Am I sad about it? Yeah. Is my life fine? Yeah. I can keep living.

C: I agree and I think that’s the rub. Because it feels contradictory to say that death just happens and I’m alive and I’m okay. Because it sounds like you’re saying it didn’t matter that the person died. Which is not what you’re saying at all. It’s a weird, I wouldn’t even say balance. It’s a weird mush of things… Anyway…So the pressure of the piece is there. I want it to be beautiful. I want it to hold all of the feelings of love and sadness that I’ve ever had in my whole life.

J: So it is about feelings.

C: Yes. Circling all the way back. Put it down. It is about feelings. Yeah. In a lot of ways I feel like the piece is this memorium or monument to the people in my life who are dead. I want to do right by them, in that way. Which feels like such a weird impossible goal to achieve. Like if my mom was in the show I would want her to be proud…Whoa…

J: You should have a seance.

C: Well, we’re trying to bring her back. So, we’ll see. We’ve got three more weeks.

J: Good. We need more ghosts in that basement.

death opens September 27, 2018 at CounterPulse and runs Thursday-Saturday at 8PM through October 12. Seating is limited to 40 people per night. Tickets available at counterpulse.org.

Photo from “Remains” by Robbie Sweeny.