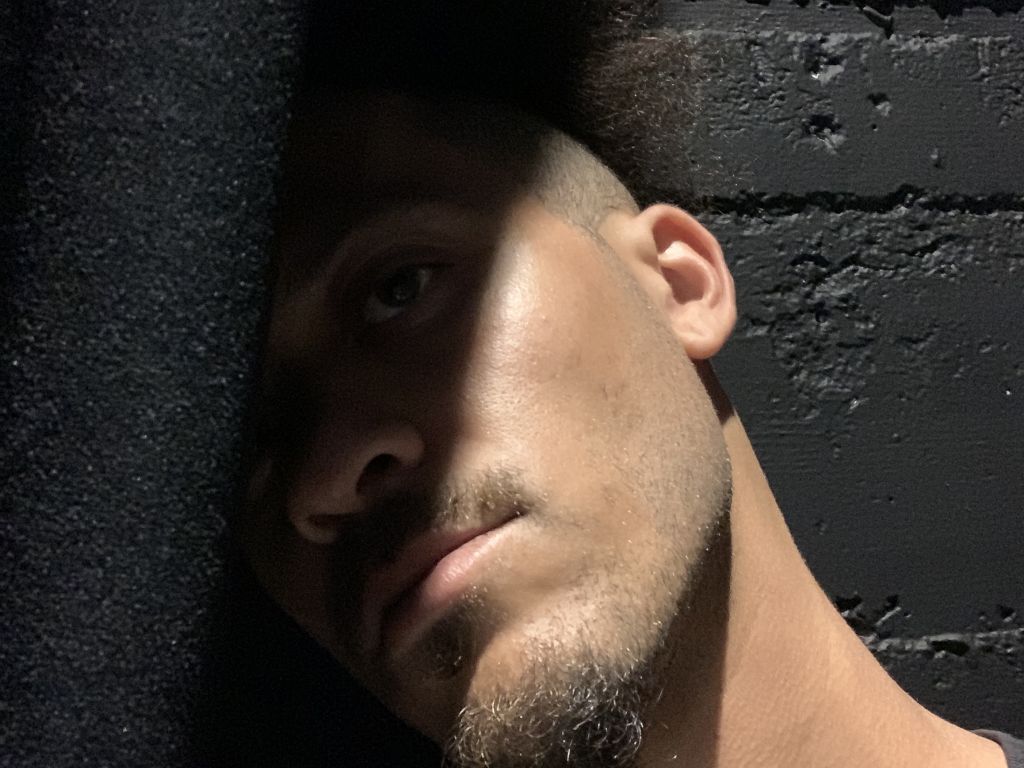 While at CounterPulse I first felt out the space and listened to mentor Joanna Haigood and used the first moments to get into my body and meditate on how I wanted to utilize it as a tool to begin telling these stories which I am still learning but that also live within me. I did some preliminary choreography, shot some b-roll footage for the short film that would be used in the piece and somewhat sussed out the music that would be used for this incarnation.

After two days I was joined by my partner Gabriel Christian and we worked together to cement the choreography and narrative and plot out our WIP. The next day I created a sound score and short film created mostly from footage of Gabriel and I in CounterPulse. We rehearsed with the music and the film that same day and the work in progress was the following day. In 3 days we created and showed Reverse Chariot I which grew to be a duet on duality in three parts with us playing different versions of Various and meeting for moments of wholeness. The first stage is a take on the Coronation of a child king, the second is our brief sampling of Pina Bausch’s choreo for ‘Rite Of Spring’ utilizing Alice Coltrane’s version of the song, and the third stage is a performance piece where the two characters move and collapse bathed in a projection of the short film created for the show.

A self portrait by Tyler Holmes in CounterPulse. Intended to symbolize my time at CounterPulse and me coming from behind the curtain as someone who creates music (potentially for people to dance to) but does not think of themself as a dancer/mover despite loving to dance/move. This residency was emotional and spiritual research for me as well, in an attempt to do what Kyra Rice used to tell me; “GET INTO YOUR BODY!’

This is the very beginning of the performance. This piece intends to embody the tender and terrified nature of a child being given the power over a nation. We are both playing different components of the same character and we caress and nurture ourselves as children thrust into power and surveillance. I was inspired by Janet Jackson’s lyric “holding myself close, pretending that my arms are yours.” The song in the piece is Holly Herndon’s remix of ‘Misogyny Drop Dead’ by Planningtorock

Excerpt from the short film I created using mostly footage taken at CounterPulse. It showcases the cyclical theme in a few ways and pairs the concept of dancing oneself to death (Rite Of Spring, used in section two) with ants walking themselves to death due to PH imbalances. During the film the dancers one at a time take turns crawling exhaustedly in a circle around a laptop on a chair showing the film while it is also played on top of them via projector. The dancers crawl from the corner to the chair and around it and back to the corner only to rise, walk backwards until they meet and collapse on each other and lie until after the film ends.

There are full recordings of the performance created by Hannah Ayasse that I can share if desired. Email me at tyler.holmes.music@gmail.com