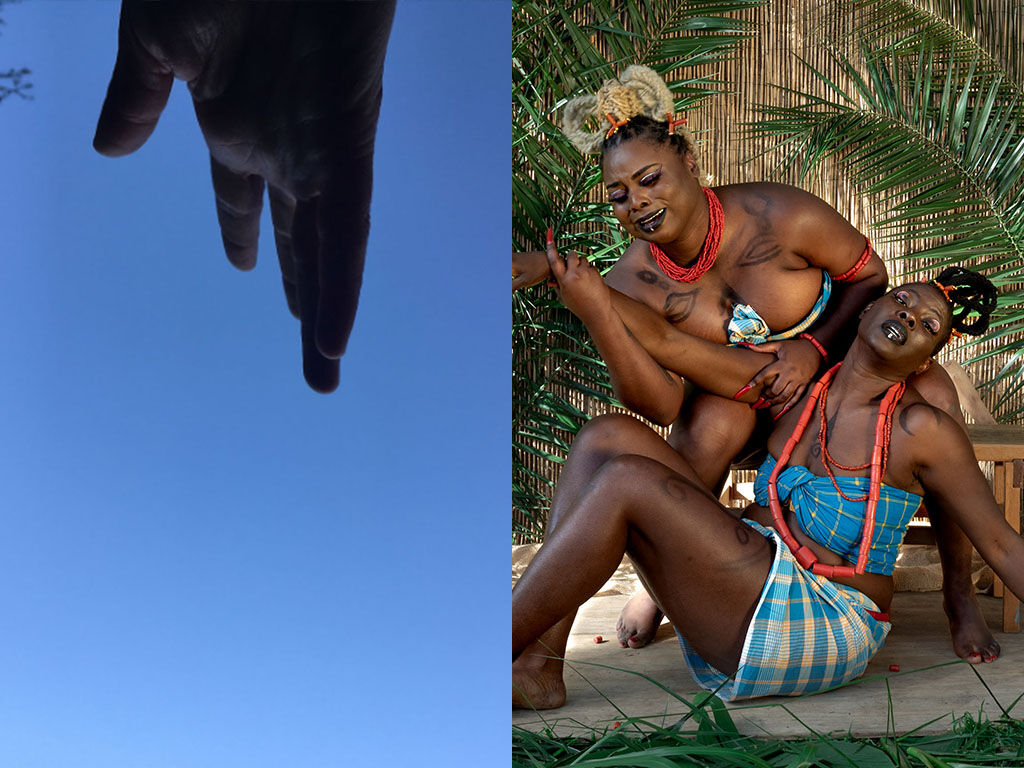 SAN FRANCISCO, CA — Paying homage to Black American spirituality and African Diasporic rites of community, the 2022 CounterPulse Edge program presents [and then we must be] by Audrey Johnson and, in partnership with Afro Urban Society, Mixtape of the Dead & Gone #1-  Egwu Onwu Ahamefula by Nkeiruka Oruche + Gbedu Town Radio. This year’s Edge performances invite the audience into conversation with the land, spirits, the afterlife, and the legacies that inform the rituals and practices around them.

Counterpulse’s Artist Residency & Commissioning (ARC) Edge program is an incubation residency and commissioning program for contemporary choreographers whose work is deeply curious about the intersection of art practice and social change.

Learn more and RSVP at counterpulse.org/edge2022

[and then we must be]

Inspired by ancestral, community-centered, and spiritual relationships to land and plants, [and then we must be] is a research and ritual project honoring Black American practices with land and plants through the modes of food, farming, rootwork, and magic. The work honors the practices that get passed down through recipe, spell, and story, as well as the memories active and activated in the body, plants, the land (soil, clay, mycelium, strata), and in spirit. The dancing is a movement offering, ritual, and prayer: in communion with spirit, plants, and land. [and then we must be] is the process of meeting and being met by plants and land, and of allowing oneself to be changed.

Laila Shabazz (she/her) is a movement artist and eternal student, dedicated to her curiosity about the cathartic intersections between dance, story-telling and bodywork. Their work emerges from a longing to experience relief through sincere expression and connection. It is guided by the belief that using multiple creative mediums intentionally alone and also in community, can generate some of the circumstances needed for engaging compassionately with life. She is an alumna of CSU Sacramento with a BA in Dance and is currently a 2nd Year Candidate with the Institute for Dunham Technique Certification.

Bay laurel (they/she/shey) is a Bay Area born and raised creator, educator, and mover grown from long winding African, Ashkenazi, and Indigenous Roots. Bay has grown into their creative being through connecting to the sacred life giving love of the earth. When Bay is not living it up dancing with Audrey they are teaching Inner Nature Drawing, cohosting Medicine Cypher Podcast, and dreaming up Plant Drag. More at IG @baelorl

Rhae-Dawn Royal is an Oakland-based composer, sound designer, audio editor and voice actor. They have created original music and sound design for Bay Area choreographers and creatives in live dance and film, and scored for podcasts like 99% Invisible and The Cut. They seek to create in a way that exalts the importance of listening, from the mundane to the boisterous, and how this listening develops our sense of identity and place, and the impact of this on our variously positioned bodies.

If your final journey is to the land of ancestors, what would you leave behind? What would you take with you? When Ahamefula is faced with these questions, posed by #7, a Messenger on ‘Onye Ozi’ Ancestor app, sent to collect them, their first instinct is to run, until #7 offers Ahamefula a chance not to be forgotten. Afro Urban Society & CounterPulse present ‘Mixtape of the Dead & Gone #1’, a shit-just-got-real Afro-Urban dance-theater performance exploring the limits of stunting and reality, vibes and inshallah, legacy, heartbreak, and acceptance.

Nkeiruka Oruche (she/her) is a cultural organizer, multimedia creative, and performer of Igbo descent, who specializes in Afro-Urban culture and its intersections with social issues. In 2020, she co-produced Bakanal de Afrique, an international Afro-Urban festival, and co-created ‘Let Me Come & Be Going’, a multimedia piece on transportation and Black city life. She is a YBCA 100 Honoree, Creatives-In-Place Fellow, Kikwetu Honors Awardee, Izzie Awardee, and a former NYFA Immigrant Artist Fellow. She has received awards from New England Foundation for the Arts’ National Dance Project, Creative Work Fund, MAP, Kenneth Rainin Foundation, California Arts Council, and East Bay Community Foundation. Currently, she is focused on expanding and sustaining grassroots change-making and community health through work as co-founder of BoomShake, and Afro Urban Society, and as Artistic Director of Gbedu Town Radio.

Afro Urban Society is an incubator and presenter of Afro-Urban performing and visual arts, culture, media, and social discourse. Through original and curated arts & event production, popular arts education and cultural engagement, we ignite our communities to make meaningful connections, be inspired, and live vibrantly.

“Mixtape of the Dead & Gone #1’-  Egwu Onwu Ahamefula”’ is made possible by the City of Oakland; Alliance for California Traditional Arts through the Sankofa Initiative of the San Francisco Arts Commission; the New England Foundation for the Arts’ National Dance Project, with lead funding from the Doris Duke Charitable Foundation and The Andrew W. Mellon Foundation; The East Bay Community Foundation East Bay Fund for Artists; California Arts Council, CA$H | Theatre, a grants program of Theatre Bay Area, and Dancer’s Group.

CounterPulse is building a movement of risk-taking art that shatters assumptions and builds community. We provide space and resources for emerging artists and cultural innovators, serving as an incubator for the creation of socially relevant, community-based art and culture. CounterPulse acts as a catalyst for art and action; creating a forum for the open exchange of art and ideas, catalyzing transformation in our communities and our society. We work towards a world that celebrates diversity of race, class, cultural heritage, artistic expression, ability, gender identity, and sexual orientation. We strive to create an environment that is physically and economically accessible to everyone. Counterpulse.org

CounterPulse’s ARC Edge residency program is made possible with support from the Ken Hempel Fund for the Arts, the Zellerbach Family Foundation, the California Arts Council,  the Robert Rauschenberg Foundation, and the National Endowment for the Arts.

Left: Bae Laurel O’Connor by Audrey Johnson. Alt text: Image is a photo of a hand viewed from below, reaching between the silhouette of two trees with a blue sky

Right: Ebonie Barnett and Uzo Nwankpa by Ashley Ross. Alt text: Two people sit on the ground in despair against a bamboo and palm frond background.