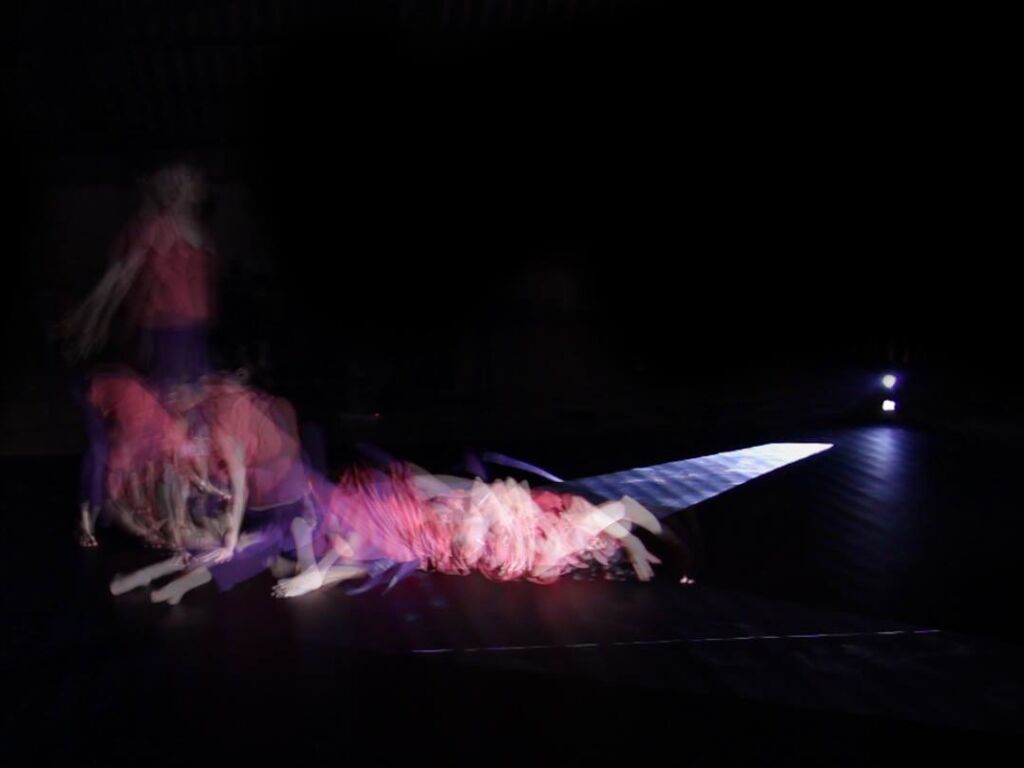 (At first it’s strange, then it gets into your veins)

I am part of the Human/ID team, a collaboration with StratoFyzika and Ian Heisters that probes how identity is rendered legible (or illegible) through movement and technology.

Tagging onto the notion of digital flaws and their rich potential (which my colleague Ian wrote about in his last post), and coming from a movement/choreographic lens, here are my queries for the moment: What happens when I map digital errors – these flaws that actually belie a kind of humanity — onto my body? What happens when I then feed that body back into the machine, and continue this cycle in a kind of reiterative loop? Do ‘I’ eventually disappear or amplify? When? Where?

Courtesy of video calls, I now routinely witness my friends and loved ones’ countenances glitch, freeze, and lapse. Sometimes it catches them in a really awkward moment — face and body askew, totally unrecognizable — and I feel like I’m violating them by continuing to look, like some slightly sadistic voyeur. Then I wonder if my screen’s doing the same on their end, and if we’re both simultaneously gazing into each other’s interrupted self.

I was on a video call with a close friend the other day when this happened. She had been sitting very still as we spoke, gazing upward into the camera with a kind of wide-eyed blank stare. And then I suddenly got the sense that she was frozen. Or was she?

For about 7 seconds, I didn’t know. I could have said something, like, are you frozen? or I think you just froze. But I didn’t. I just sat there. Staring. She didn’t say anything either, and we had reached a natural lull in the conversation, so the silence wasn’t out of place. But why didn’t I say anything? I guess I really liked looking at her like that. Not sure… if she was really there. Something about it let me see her better.

After so many months of this (and so many more to come), it’s starting to creep in, or more accurately, I’m feeling the desire to let it creep in— to glitch my body in an approximation of the errors I’m seeing onscreen. To freeze. To tremor. To lapse. Some might pooh-pooh this as illustration or representation, but I prefer to think of it as honoring a new liminality, one that I (and so many of us) am now confronted with nearly every day.

These errors that serve to reinforce the digital barrier, to remind me of the medium (as if I could forget)— what if, instead of regarding them as nuisances and mistakes, or problems to be fixed… what if instead, I become them?

So that’s where I’m at – trying to move like her (my screen body/face) when she’s in error. What can be culled from these interstitial moments? And what happens when I feed them back into the machine that created them?

glitchfreezeglitch from Daria Kaufman on Vimeo.